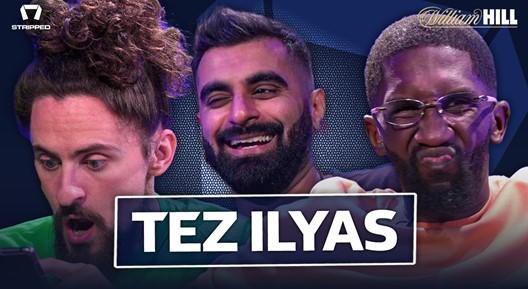 'The day Blackburn won the league, the city went mad!'

Comedian and Blackburn Rovers fan Tez Ilyas has told William Hill’s Stripped Podcast how he didn’t quite realise the gravity of his hometown club’s Premier League victory in 1995.

Speaking in the latest Stripped Podcast, a series in which ex-footballers and celebrities are invited to take a trip down memory lane by revisiting their favourite shirts, Tez said:

"I was 14 at the time. I supported Rovers and my friends supported Manchester United and Liverpool. I used to assume, because there was no Wikipedia or anything to check the history of your club, I assumed that my team was good. Your team is good; therefore, my team is good; we have this rivalry. I thought it would be like that forever."

"I didn’t truly appreciate how big of a deal it was, Blackburn winning the league. I thought next year we would be top two again and it would be Man United v Blackburn forever. I’m just delighted it happened in my lifetime and I got to witness it and genuinely remember it."

Blackburn’s victory came on a hugely tense final day in the Premier League and like most Rovers fans, Tez was watching the action from behind the sofa.

He said: "I remember the day we won the league. I was sat at home with my cousins, and we were watching Teletext. We were working-class kids; we didn’t have Sky. We were wishing for the final whistle. Man United are drawing and Rovers are drawing. If United score a winner, we have lost the league. Liverpool scored to make it 2-1 against Blackburn and I do the maths in my head. I think we’ve gone; we’ve lost it. I’m thinking we’ve come this far, been top of the league for like six months and we trip up on the final day."

"I was about to cry but then I realised United still needed to score because we were two points ahead not one point. The United full-time notification showed up. After four pages of results, we see it pop up, and I started sprinting around the living room, there were people driving cars up and down the street honking their horns, and Blackburn went mad."

And while Blackburn are very much Tez’s team, he admits that he does have an affiliation with Barcelona, mainly because of his hatred towards another English side.

He said: "The reason I love [Lionel] Messi, and Barcelona are my second team, and this started way before Messi… In 1994, when Blackburn are at the height of their Premier League stint, United are our bitter rivals. I hate United, half my family support them, half the people at my school support them. I hate this team."

"United travel to the Nou Camp in the Champions League in 1994 and get hammered 4-0 by Romario, Gheorghe Hagi, etc… I was like who is this team? That has given me one of the greatest mornings of my high school career. I didn’t know who this team was, but I loved them and they became my second team from then onwards. They bought R9 [Ronaldo], who had an incredible season, and then they got Rivaldo and Ronaldinho. By the time Messi came, I was already a Barcelona fan. When he came, we saw shades of Maradona, making the game look so easy. And he didn’t even look like an athlete!"

You can watch the full episode here: https://youtu.be/8Dm2e2bT7kI