William Hill, one of the most recognised and trusted brands in the global betting and gaming sector, is set to relaunch its master brand.

The new UK TV campaign celebrates the close bonds of friends and the shared passion they have for sport & gaming. It also recognises the return of people being able to share moments in an authentic and relatable way.

"We are excited about the launch of the new campaign and the master launch of our iconic global brand," said Charlotte Emery, Chief Brand Officer at William Hill.

"William Hill is a brand that is loved and respected across the world, and it was really important for us to unify our global brand under one single identity." 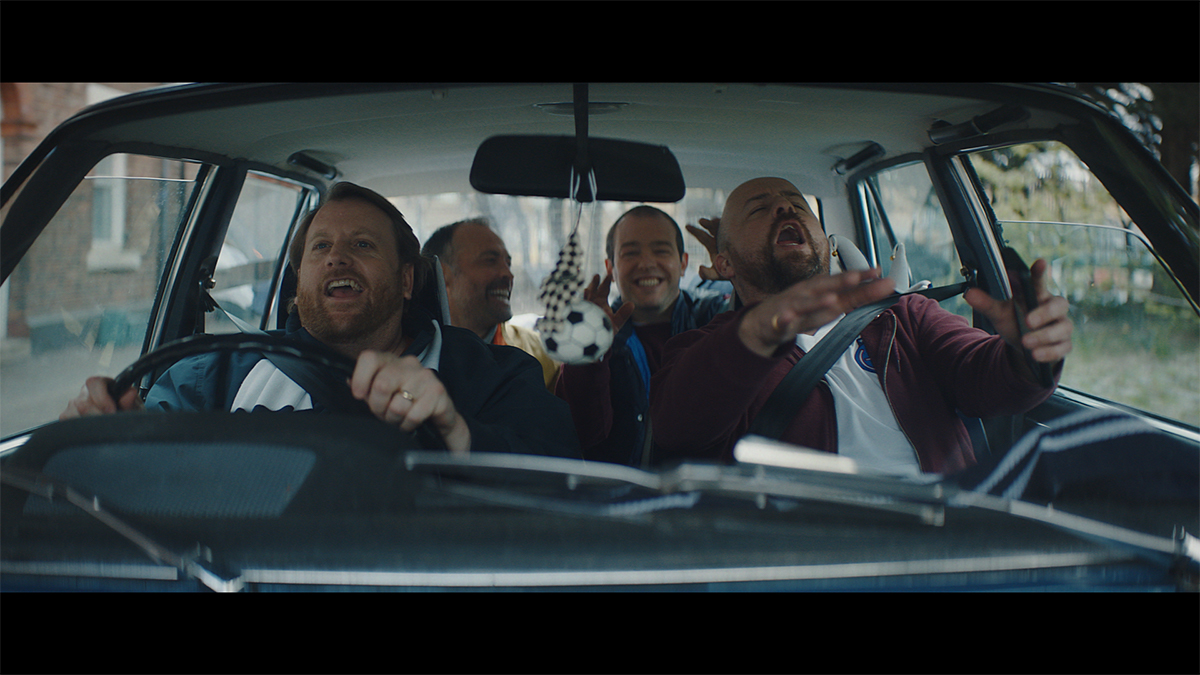 "I have been with William Hill for over 12 years. They are a great company to work with, and it was great fun being in the advert with my mates Rio, AP and Jermaine." said Savage.

The new advert was filmed across 16 locations in London in April and was directed and brought to life by Nico and Michel Arribehaute. The former professional rugby playing brothers previously worked on campaigns for Renault, Lucozade and Under Armour.

"We were delighted with the passion and drive that Nico and Michel brought to the project. The fact they played rugby professionally gave them a unique understanding of the passion of sport. I am thrilled with the results. They nailed the brief," said Emery.

William Hill is also launching a new safer gambling advert as part of the campaign. Earlier in the year, Hills, along with other firms, committed to use 20% of their advertising slots to raise awareness of safer gambling, including making people aware of tools such a deposit limits and time outs.

"As a responsible operator, we understand the importance of safer gambling, and we hope the new safer gambling creative will encourage customers to enjoy our products safely", said Emery.

New international creative will go live ahead of the European Championships in June. It will follow the same creative route, while celebrating the unique differences of each of the nations.

The below the line assets will be relaunched on 1 June. The BTL assets will unite their customer communications, so William Hill appears as one brand while accommodating the nuances between sportsbook and gaming.

Founded in the UK in 1934, William Hill is a recognised and trusted brand in the global sports betting and gaming market. The company employs nearly 12,000 people in nine countries globally and are united in Group’s value to always ‘Go one better’. William Hill operates in 13 locally licensed countries across the globe. For more about William Hill, please visit www.williamhillplc.com

Brothers and former rugby players Michel + Nico hail from Biarritz, the rugby-loving South West of France. Having hung up their boots, Michel spent some time as a social worker and Nico as an architect before they began their directing journey. Their passion and ambition are what you’d come to expect from athletes. Their style is, in many ways, a reflection of their former lives... accurate, honest, sensitive and beautiful.

Michel + Nico’s first commercial project for Gillette launched during the Six Nations and featured British and Irish Lions star, George North. The film resonated much further than just the rugby community with a clear demonstration of their talent under their belt, leading to work for brands such as Sky sport, BBC, Mercedes, Renault, SEAT, Lucozade, and Underarmour. They were shortlisted for the YDA at Cannes, British Arrows, Creative Circle, ACIP, Kinsale and Shots Awards.