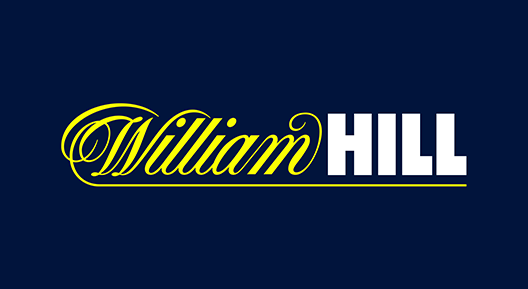 The partnership further extends William Hill’s relationship with Golden Entertainment to include race and sports books operations at Stratosphere Casino, Hotel & Tower, Arizona Charlie’s Decatur and Arizona Charlie’s Boulder in Las Vegas and Aquarius Casino Resort in Laughlin, Nevada. William Hill will continue to operate the race and sports books at Edgewater and Colorado Belle casino resorts in Laughlin, Nev. when an acquisition of these properties by Golden Entertainment is final. In addition, the agreement provides that there will be a minimum of 100 William Hill mobile deposit kiosks at Golden Entertainment’s wholly owned taverns and third party distributed locations in Nevada.

"We are excited to expand our current relationship with William Hill, which has a proven sports wagering platform not only in Nevada but around the world. We look forward to growing our business in Nevada and other jurisdictions through this partnership," said Steve Arcana, COO of Golden Entertainment, Inc.

"Since entering the United States, William Hill has had an excellent relationship with Golden Entertainment and we look forward to continuing it for many years to come in Nevada and elsewhere as opportunities arise," said Joe Asher, CEO of William Hill US.

Golden Entertainment, Inc. owns and operates gaming properties across two divisions – resort and casino operations and distributed gaming. The company operates more than 16,200 gaming devices, 114 table games, 5,168 hotel rooms, and provides jobs for approximately 7,000 team members. Golden Entertainment owns eight casino resorts – seven in Southern Nevada and one in Maryland. Through its distributed gaming business in Nevada and Montana, the company operates video gaming devices at over 1,000 locations and owns 60 traditional taverns in Nevada. Golden Entertainment is licensed in Illinois to operate video gaming terminals. Golden Entertainment is focused on maximizing the value of its portfolio by leveraging its scale, leadership position and proven management capabilities across its two divisions. More information is available at www.goldenent.com.

William Hill PLC is one of the world's leading betting and gaming companies, employing over 16,000 people. Its origins are in the UK where it was founded in 1934, and where it is listed on the London Stock Exchange. The majority of its $2.1 billion annual revenues are still derived from the UK, where it has a national presence of licensed betting offices and one of the leading online betting and gaming services. In 2012, it established William Hill US with a focus on retail and mobile operations in Nevada, which is now the largest sports betting business in the USA. William Hill US (www.williamhill.us) currently operates 108 race and sports books in Nevada and the state's leading mobile sports betting app. William Hill US is operating in New Jersey at Monmouth Park Racetrack and Ocean Resort Casino and is a licensed sports betting provider for several casinos in Mississippi and a casino in West Virginia. William Hill US is the exclusive risk manager for the sports lottery in Delaware. William Hill also has licensed operations in The Bahamas, Italy and Spain and serves online customers throughout the world from its online headquarters in Gibraltar.