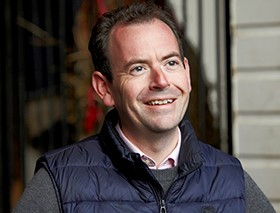 So here we are then. The start of the 2022 Cheltenham Festival and what a Tuesday we have in store to get things started with four Grade 1s, including Honeysuckle’s defence of the Champion Hurdle.

We’ll of course have Nick Luck previewing every day and here are his day one selections.

CONSTITUTION HILL is a bigger price at the time of writing than he was immediately after the Tolworth Hurdle and must be backed accordingly to win the Supreme Novices’ Hurdle (1.30pm). With concerns over Henderson stable form wildly overblown, and a blithe assumption that the Irish trained horses will win every race, he is a bet at 5/2, particularly given his form – though not difficult to poke holes in – is better than his main market rival. His times are good, he looked just as effective on good to soft as he did on heavy, and his rider was moved to make a comparison with Altior after the Tolworth. His temperament looks assured, and he should get a lovely draft into the race just behind the pace.

GABYNAKO is an each-way play in the Arkle (2.10pm) at 20/1. He’s not a superstar yet, but his jumping technique is about the best in this race, and he’ll have no issue jumping at the sort of pace likely to be carved out by Saint Sam and Magic Daze. With a meltdown on the cards, his ability to stay a good bit further should stand him in good stead, and I like Gavin Cromwell’s idea to supplement him here rather than take on the Galactico’s in the Turners. He has run nice races off breaks, has plenty of form on good ground and the first time tongue tie could get another few valuable pounds out of him.

BEN DUNDEE (18/1) and GERICAULT ROQUE (12/1) will both be getting a piece of the action in the Ultima (2.50pm). The first named has really solid credentials: he wins infrequently, but runs very few bad races, saves his best for good ground and has run two belters over trips shy of what he needs at Festivals in the past. He has been campaigned a little more cannily by his new trainer, so should be a bit fresher this time and gets a decent jockey upswitch. Gericault Roque has to improve a little more, but he’s only six, and has done really well this season in big field races run at a swinging tempo. He’s an assured jumper with his best days ahead of him and the yard has done well in this race. William Hill are paying a very generous seven places, too.

TEAHUPOO has to be the bet in the Champion Hurdle (3.30pm). For reasons I can’t quite fathom, nobody seems to make much of his stunning performance in the Red Mills at Gowran Park, where he walloped a much improved Darasso (very solid mid to high 150s horse this season) by a geared down 11 lengths. This was very much in line with his trajectory of improvement, while his jockey felt he hated the heavy ground. In short, he has the second best form in the race, we know he’s in good form and he’s open to most progress. At 10/1, I can’t keep him out of the frame. William Hill are best priced guarantee on all runners in all four Championship races.

TELMESOMETHINGGIRL might be a little uneasy in the market in the Mares’ Hurdle (4.10pm) and I’m hoping she becomes a backable price at 3/1. It’s just so hard to erase the memory of her swinging round hard on the steel in the novice race last year before sprinting up the hill. Her effort behind Royal Kahala at Christmas over arguably too far looks all the better now and I can’t wait to see her back on a decent surface at Cheltenham.

THE TIDE TURNS really should take a fair bit of beating in the Boodles’ (4.50pm) at 6/1. There is little doubt in my mind that the Spring Juvenile is the best bit of juvenile form this season, and he was right in there pitching until the very end. His jumping is assured, he will see this out really well and he ran a real eyecatcher in senior company on his qualifying run. With Gaelic Warrior taking such a huge chunk out of the market, you’re getting a fair price about the proven horse who should probably be in the Triumph Hurdle.

VANILLIER (7/2) can win a race now completely ruined and unrecognisable as the National Hunt Chase (5.30pm). He tanked through last year’s Albert Bartlett, showing a clear love for the track and – as pointed out by his trainer – seems to looks less slovenly on a sounder surface. Expect him to roll along under Derek O’Connor and expect him to take a deal of passing.